About the guest contributor: Treacy Ziegler is a regular contributor to the PAC blog, and has been an exhibiting artist for the past 23 years. She studied painting and printmaking for four years at the Pennsylvania Academy of Fine Arts. As a student she was awarded a J. Henry Scheidt Traveling Scholarship. Before studying art at PAFA, Ziegler received a Master in Social Work from the University of Pennsylvania working in the area of family therapy. Ziegler has been awarded two New York State Community Art Partnership Grants in painting and in printmaking. In 2009, Ziegler began exhibiting her work in prisons and created An Open Window, a project within the project of Prisoner Express in the Center For Transformative Action affiliated with Cornell University.  In this project she donates her artwork to prisons, develops in-prison art workshops, and creates through-the-mail-art curricula with a network of 2,300 prisoners throughout the United States, many who are in solitary confinement. Ziegler lives with her husband, Gary Weisman, a sculptor, in Newfield, New York.

Binaries are a way of being:  We can choose either “this” or “that;” or we can take this binary to the interpersonal where there is a “them against us.”   It is not surprising, therefore, that sports and arts are often pitted against each other.

Most often, sports and arts are in competition for financial support as in education with school boards asking,   “Do we drop sports or arts?”  Are sports ultimately privileged because of the much higher number of individuals attending sports events than those who attend art performances or exhibitions?  Why do we pay sports players more than artists?  How many contracts have been given to artists before a season in the studio?

In prison, arts often take a back seat to sports.  Jesse Osmun, prisoner at  Fort Dix Federal Correctional Institution recently wrote to me about his concern that the arts program was losing ground over the gym programs.

Jesse writes:
“Here at FCI Ft. Dix, we have a program for Hobbycraft/Arts that is run by inmates under the supervision of the recreation department and assigned staff. For the entire time I have been here, this program has run smoothly and had a dedicated space at the top floor of the Education building with actual classrooms and instruction by inmate instructors. These classrooms have worktables, lighting, basic supplies/tools, and good ventilation. These are all necessary for the program. No complaints about the space ever really came up. The program as it stands has strong leadership and dedicated hours and so is running better then it has in the past. Materials are purchased and arrive within a reasonable time frame. Tools and basic supplies are available, and classes fill very quickly.

However, more recently the staff decided that the best place to have the program is in the gym, competing with other recreational programs such as basketball, soccer, etc. and crammed into space that is not properly ventilated for use of materials such as oil paint, turpentine, glues, etc. Many of these areas are cramped and do not have proper lighting for programs such as drawing and painting. These areas are also subject to gym hours, meaning if the gym is closed, these programs cannot run.

My current drawing class has 5-7 students with 10 or more active participants working on art projects in the room. It has been very active and well utilized, as are all the programs.  If these changes are made, the classes will be ultimately abandoned with the only kind of instruction being art instruction books that inmate will need to buy for themselves.  In addition, the inmates will not have ta dedicated place to work on art even on their own.”

It’s easy to assume that money is the basis of such changes, but there are other dynamics working.

When I was a volunteer art teacher in a mid-west maximum-security men’s prison, under the direction of the programming director, the prison had a sophisticated art room where prisoners were allowed to work on their art on a regular basis.   There were some classes taught – mine being one – but each prisoner who was invited to the room (based upon behavior and ticket records) also had a dedicated space in which they could work; areas that I referred to as their “studios.”  The program director had minored in art in college developing an experience and understanding of art beyond what I typically see in prisons.

When that program director transferred to another prison, the subsequent program director, while very supportive of programming, had no experience whatsoever in art.   His background was in sports and recreation.  Unfortunately, the program and room lost its integrity as a place to create art and became more of a space for busywork.

This inability to understand art seems to be common in prison.  Well, lets be truthful, an inability to truly understand the depth of art is common in and out of prison.  Art’s existence has been challenged for a long time.  Some might argued since Plato threw out the poets from his Republics.  But an irrelevance of art seems even particularly so in the United States – how often does the average person in United States go to an art museum?

This lack of art experience is typical for most prisons in which I have volunteered. But in those prisons that did support a successful art program, there always seemed to be someone in authority who had first hand experience in art; maybe, they minored in art, had a spouse as an artist and so on.  A commitment to art in prison seems to demand that someone in authority have this first hand experience of art – call that person a lover of art.  How many lovers of art run prison, though?

A big discrepancy between someone who has first-and experience/commitment in art and someone who does not is that the former understands that art is not a recreation. This became apparent when I volunteered at a maximum-security men’s prison and each week the guards taunted me as to how was my “finger-painting” class going?  What they didn’t understand, and what I didn’t tell them (because would they really listen to me?) was that art is a means to self-discovery, self-reflection and self-challenge.

But as readers of this blog, I’m speaking to the already convinced.  If you would like to voice concern to the warden at Jesse’s prison the address is: Warden Hollingsworth,  Fort Dix Federal Correctional Institution, 5756 Hartford and Pointvile Rd. Fort Dix, NJ 08640.   Perhaps as artists involved in prison, you would like to share your positive experience with him (or us.)  Or share an experience where art and sports were integrated equally in prison (or anywhere).

A gallery selection of Jesse’s work completed in his art room at the prison:

Justice Arts Coalition ·
@JusticeArtsOrg
Join us on Wednesday, January 26 at 7 PM EST for an information session and mini writing workshop presented by the JUSTstories initiative! Learn more, register, and submit your JUSTstories application at the link in our bio! Tickets for this event are FREE.
#HealingJustice https://t.co/4zhNfPbGcd
View on Twitter 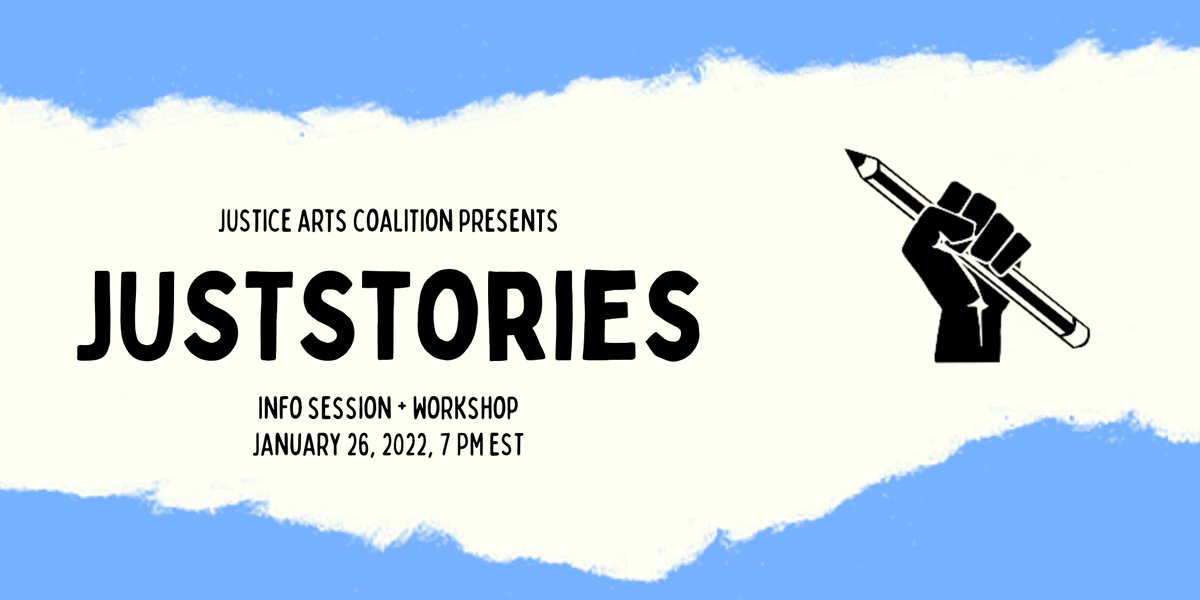