About the writer, Logan Crannell: I’m a visual artist from Provo, UT who opted to move into my truck with my dog Jack, after I got divorced.  We travelled together and ended up in Boise, ID to visit a friend. Things spiraled out of control, and I got imprisoned for 4 months, facing a ten year sentence. I got released on Oct. 5th, 2016.

From Wendy, PAC Administrator: Logan Crannell wrote to PAC seeking some support in promoting his memoir, Hands Down – a story of incarceration, which hits Amazon today. I asked him if he’d like to contribute a blog post about it, and he eagerly agreed, requesting that I provide him with a few questions to get his thoughts flowing. I did so, and the following is what he offered in return. I’m sure you’ll be as moved by his words as I am, and I ask that you share this interview, and Logan’s book, with anyone who might find them meaningful — WJ

WJ: How did the process/act of writing help you to cope with being incarcerated?

LC:  Writing grounded me and kept my mind from circling in on itself.  Being locked in a concrete cell for twenty-one hours a day, you get consumed by repetitive and irrational thoughts.  It’s important to get them out of your system, otherwise they eat you alive.

Excerpt from Hands Down:

I rested there, despondent.  Zach, walking laps along the yellow line, stopped and approached.  He took a seat and put his elbows on the table.

“You’re not overthinking, are you?” he asked, leaning in.

“Listen, bro,” he said, “You can’t think about the past and the future in here because they’re not ours.  They don’t belong to us, anymore.  All we get is today.  You have to focus on the things you can control.  It’s the little things that save you.”

It was wisdom, what he told me.

WJ:   You mentioned that you have a background in filmmaking.  What similarities and differences did you discover between the way you told a story in writing versus in film?

LC:  Yes, I grew up in a family of professional filmmakers and photographers, so I naturally told stories that way, but I was never comfortable with words.  They felt foreign to me; my interest lay with capturing images and feelings visually. When it came to dialogue, I’d bring in writers to deal with it. I didn’t care to be involved.

Then, in jail, in court, listening to my life and reputation get dismantled, I realized that words would ultimately set me free; they were my only tool of defense.  They became invaluable to me. No one seemed interested in my version of events, or claims of innocence, so documenting my words was a form of retaliation. Then, it turned  into something far more personal, as I examined my life and choices leading up to my arrest, which comprises the first section of the book.

WJ:  How did your surroundings influence your voice? Your perspective?

LC:  It got raw.  I came face-to-face with my fears, insecurities and failures, and I absolutely could not progress until I challenged them directly.  I couldn’t hide behind the distractions of the outside world. I felt bare, with nothing left to lose by writing my honest observations.

As I got closer with my cellmates, my own story took a backseat, and I focused on their lives and outlooks.  The book transformed into our story.  Not just mine.

“How many mattresses are out there?”

It was our nightly ritual; the counting of the mats. At 10:30 pm, the deputies placed mattresses on the table by the control desk, the number of which signaled to us how many new inmates were on their way to cell block. On our Walk, we had the only cell with a vacancy. The lights went out. I waited for my eyes to adjust, then continued reading The Screwtape Letters, by C.S Lewis; a rare find from the jail library.

“Did anybody come in?” Zach asked

“Not yet,” Zeek replied

I’d fallen asleep when Rick Kellner made his entrance, and he came in with a bang.  Frankly, I wasn’t sure if I’d like Rick – he bragged of his charges with such enthusiasm, though I gave him the benefit of the doubt, thinking that underneath his thunder, there might be a man that grew up too damn fast.

WJ:  How has your experience within the criminal justice system changed the way you perceive art and/or the creative process?

LC:  Art has a vital role in lockdown. It’s not disposable. I noticed inmate reactions to watching television; so many societal issues were irrelevant to them, and advertising commercials had no effect. We couldn’t have any of those things, so the broadcast registered as noise to us. I was relieved – I’d finally found a place where marketing didn’t work. I thought to myself, ‘These people are picking up on completely different signals.  That’s awesome.’

It’s funny, because I got housed with inmates who lamented over how much better the conditions were in prison, as opposed to county, because they had access to art supplies. My cellmate Rick did incredible drawings, but blank, white sheets of paper were a scarce commodity. We had to be resourceful and work with our limitations. It didn’t stop us. I kept a 2-inch pen, wrapped in paper and adhesive labels to make it less pliable, safely in my sock since the jail considered it contraband.

Rick produced a work of art, while free, at a stable point in his life, on a canvas measuring roughly four-foot-by-six. He did the drawing in pencil; the image of an Elk, beside a river, on a cold morning.

He lost track of how long he spent perfecting it; each blade of grass, drop of moisture and dew, the hair of the Elk’s coat, its breath, all of it in vivid detail.  He spoke of its majesty, regarding it as his finest achievement, creatively. I believe Rick thought of that drawing often, in the darkest moments, pulling strength from it, when he felt at a loss.  I think it helped him see the goodness of his capabilities.

WJ:  What inspired you to keep writing? Were there times you lost the motivation? If so, how did you find it again?

LC:  I don’t recall losing motivation.  On the contrary; my cellmates would have to pry me off my journal, bring me down to earth, and encourage me to exercise and joke around. I formed tight bonds with my cellies. We fueled one another with ideas and inspiring stories. Art kept us sane. We balanced it with spiritual practices and kept each other laughing.

Zach didn’t waiver from his routine, and his daily yoga session piqued Rick’s interest. By that point, I joined Zach a few times a week, and it improved my flexibility. The floor got cramped with three of us, so I let Rick take a lesson. Zach gradually taught him the steps and proper breathing techniques.

Rick’s body trembled, as he labored to maintain a stance.

“You gotta breath deep with the motion, bro. You can do it.”

Rick’s feet slid on the smooth concrete, “This is way harder than I thought.”

WJ:  What gave you hope? Who/what inspired you?

LC:  Seeing my dog Jack again. He means the world to me. On the day of my arrest, I got far more concerned for his well-being than my own. When the cops allowed me ‘my one phone call’ it wasn’t to a lawyer. I wanted to verify that Jack was safe and cared for. My friends and family came through in a big way.

WJ:  What advice would you give to other creative thinkers who are locked up? Or to artists and writers who teach in prisons/jails?

LC:  Keep it unfiltered. Don’t get influenced by history. The art you do doesn’t have to be monumental. That’s not the point. Your goal shouldn’t be to impress others. Real art isn’t about your ego; it’s the release of ego that makes it sincere. If it doesn’t heal you, don’t expect it to help others.

While finishing the final draft of my book, page by page, I’d follow one instruction:  Did I keep it real and from the heart? Then, I’d ask two questions: What am I bringing awareness to?  And, am I ready to put this into the world?

To be a teacher in that environment, well, I think you have to create a circle of trust and safety, or the results won’t happen. Everyone involved has to be comfortable and meet at eye level before they open up. My cell mates were hesitant when they saw me keeping a journal, but once they trusted my intentions, they wanted to be involved and contribute to it. I’d quote ’em all day long.

July 20th – Through the windshield of the transport bus, I witnessed sidewalks busy with people, wandering, arms full of shopping bags, wanting things. I saw advertisements for phone plans, menu options at fast food restaurants, and bands wearing the latest fashion. I wasn’t missing anything; Cell 846 was my comfort zone; I’d power through the day, and go to my bunk and rest.

My gaze shifted from the windshield to a black man seated in front of me, in the maximum security section; an iron gate divided us.  He reminded me of Tupac Shakur – maybe it was the nose ring. How did he get to keep his nose ring? How strange, that you can sit next to a person on a bus, and say nothing to them – and a month later, that person changes your life forever.

WJ:  What gave you the confidence to publish your story? What impact do you hope it will have?

Well, I felt a sense of obligation to publish since it wasn’t simply my story.  I promised those men I’d see it through.

I have a dear friend, on the outside, that read the book. Unfortunately, his long term relationship with his girlfriend had hit a rough patch, and they decided to take a break. She moved out of state. Unbeknownst to me, he would read the book to her over the phone at night, and it helped them to rediscover and be grateful for what they had built. That touched me deeply. It made my struggles worthwhile. That’s what I want for the book; to have the reader find a negative in their life and convert it into something positive. That’s the victory.

WJ:  What are your goals for the future? How has the transition coming home been for you? Have you continued to write? If so, has it served a purpose during the transition?

LC:  Actually, I’m studying for my degree in floral design. I’d practiced Ikebana, Japanese flower arrangement, throughout my adult life. It brought me peace. I committed to making it my new career when I got out, so I’m really concentrated on that now. The transition was rough. By the time they kicked me to the streets I’d lost my home, my car, my camera and computer equipment, both of my jobs, etc. On top of that I now had a criminal record to contend with. At least I had my dog, and solid friends. I think that’s ultimately what the book is about; true friendship.

If you’d like to connect with Logan (or Jack), email films.by.logan@gmail.com.

4 thoughts on ““Art kept us sane”: An interview with memoir author Logan Crannell” 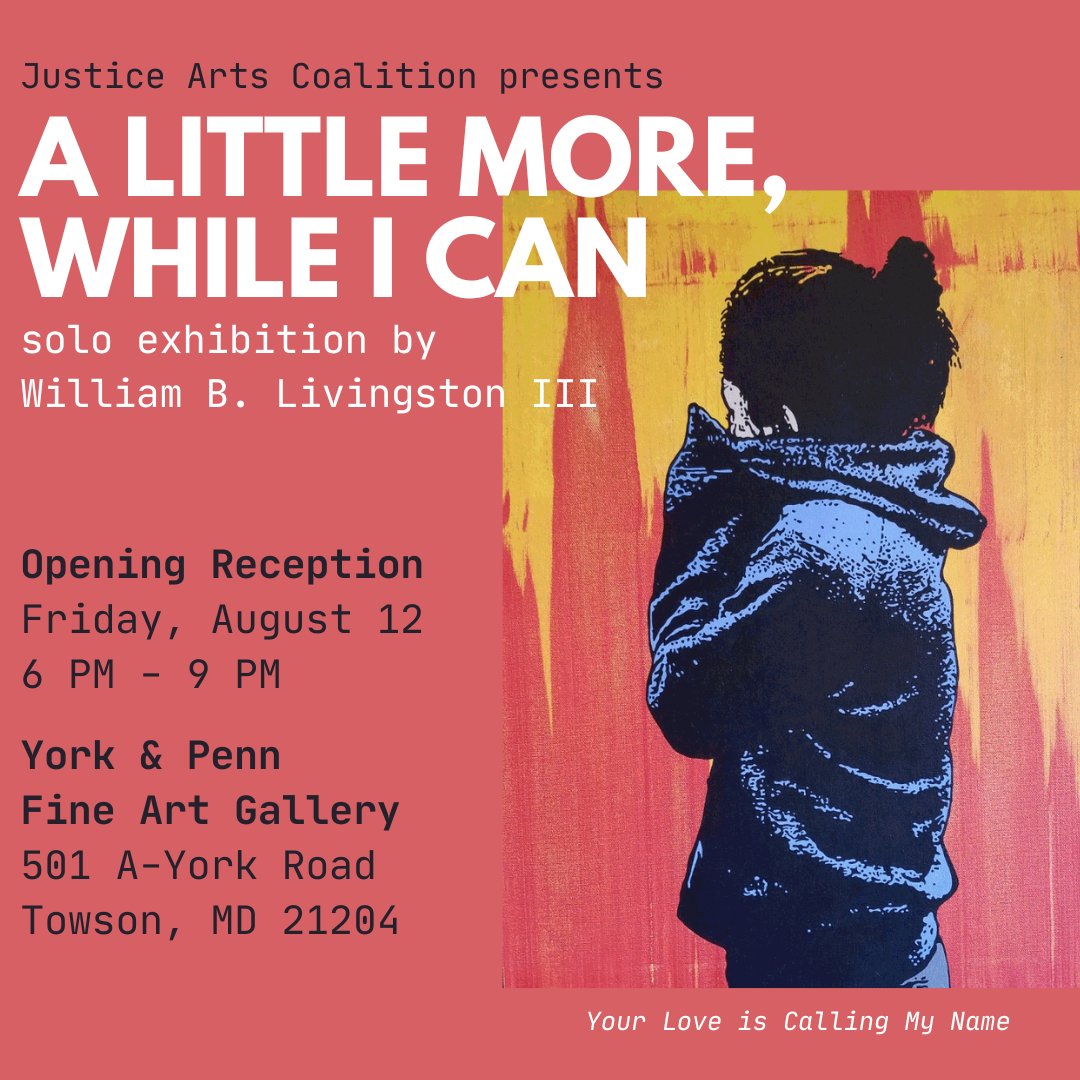